"At the bottom of the box is hope." – Ellis Avery.

Diversity in Publishing … Not 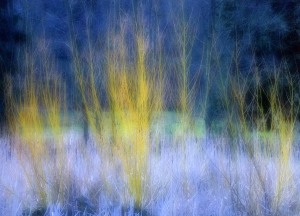 When I became a writer, my first books were received warmly and were shortlisted for prestigious awards … then I came out and that was pretty much the end of that. Either I was a worse writer from there on in or something else was at play, something systemic, something unthinking, homophobia. I’ve gotten a lot of rejections that say something like, “Just not a good fit for our publication” or “We published a lesbian last issue and we want to diversify,” but mostly it’s just no, and no again.

I’m pretty certain my work is better now, but I am queer, and older, and disabled. I barely get read. The promising career that I was ready for never panned out, until, in January 2004, after dismal reactions to my last book of stories, I quit. I’ve been back since 2011, but the things that I hoped would be changed haven’t changed as much as the players would like to think they have.

When the gatekeepers are able-bodied, white, and straight, if you aren’t, that’s pretty much a wrap.

Here is “You Will Be Tokenized”: Speaking Out About the State of Diversity in Publishing from Brooklyn Magazine by Molly McCardle

2 Comments to “Diversity in Publishing … Not”